Ncuti Gatwa, who will make his debut next year as the first Black actor to play the title role in Doctor Who, says the opportunity has implications on more than his own career trajectory.

“My mouth gets paralyzed by the concept of playing this role,” he said during a lunch hosted by the BBC and Disney, who just set a major distribution deal for the show to stream on Disney+ outside of the UK and Ireland. As the sci-fi series marks its 60th anniversary, Gatwa said, its roots “are so deep in British culture and the fabric of British-ness that as a Rwandan immigrant to the country, it feels just really powerful.” Beyond the significance for himself and his family, the actor also said it matters “for people of color, for marginalized people who really gravitate towards the show because it’s about friendship and it’s about adventure and it’s about union and unity. And also Doctor Who is able to turn into anything or anyone, so the possibilities are endless. So the fact that that mission is going out to lots of people, that the possibilities are endless, is extremely cool.”

A handful of execs attended the lunch with Gatwa, among them Disney Branded Television President Ayo Davis, Disney+ President Alisa Bowen, BBC Global Distribution CEO Rebecca Glashow and BBC Director of Drama Lindsay Salt. Along with brief remarks, the teaser for the 2023 season also played. (Watch it and find details about the upcoming season HERE.)

“You hit it on the nose,” Davis told Gatwa after his remarks about the show. “We talk about universal themes all the time.” Doctor Who has “so many qualities that are near and dear to our heart — qualities like imagination, wonder, adventure,” she added.

Salt described herself as “ludicrously excited” about the Disney-BBC team-up, citing the show’s signature teleportation device. “While the unique DNA of our beloved Doctor Who will never change,” she said, “this partnership allows us to take the TARDIS to new heights.”

RIP to Sydney Poitier, who passed away at 94 years old.  Sydney was the first African American to ever win the academy […]

Comedian-host-director W. Kamau Bell claims that black caret tops can never exist. “You can be a white comedian and never talk about what’s […]

The pressure under the sea is real for Disney’s new live-action Ariel. Halle Bailey , star of Disney’s newest version of The […] 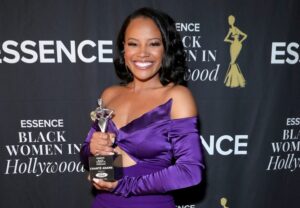 Zoinks! Black Shaggy To Be Introduced On New ‘Velma’ Series 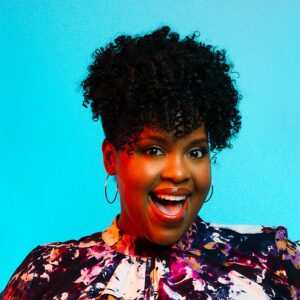 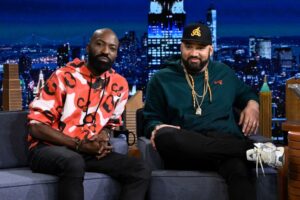