Deadline reports that Amy Aniobi (Insecure, 2 Dope Queens ) and her production company SuperSpecial, have acquired the rights to the upcoming novel The Nigerwife by author Vanessa Walters to develop into a drama series under her overall deal at HBO.

The novel is scheduled for release in June 2023 from Atria/Simon & Schuster.

The Nigerwife tells the story of Nicole Oruwari, who has the perfect life: a handsome husband, a palatial house in the heart of glittering Lagos, Nigeria, and a glamorous, highly-exclusive group of friends. A UK ex-pat with two young children, Nicole left everything behind to become a “Nigerwife” – the foreign bride of a Nigerian man – trading gloomy London, along with her overreaching family, for sunny, moneyed Lagos.

But when Nicole disappears without a trace from a boat in the affluent Ikoyi harbor, the cracks in her so-called perfect life start to show. When Nicole projects an image of effortless wealth and happiness, a very different picture soon begins to emerge – one of depression, isolation, and even violence. Who was the real Nicole? And where did she go?

Aniobi most recently served as a writer, executive producer, and director on HBO’s Insecure , and directed an episode of Rap Sh!t , HBO Max’s comedy series from Issa Rae. She also directed the award-winning short film, Honeymoon , which explores a modern-day Nigerian couple’s awkward first day of marriage. Previously, Aniobi was a showrunner for 2 Dope Queens , and a writer on Silicon Valley , both for HBO. Inspired by their experience in the Southern Baptist church, director Adamma Ebo and her sister, producer, Adanne Ebo deliver an interesting critique […] 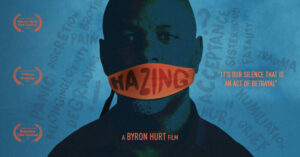 Atlanta Celebs Attend Red Carpet For ‘Never Would Have Made It: The Marvin Sapp Story’